After not playing last week and with the weather forecast looking a little more favourable, Knowle 1sts were very much looking forward to the match against Redland UWE.

As usual, players began arriving at Merchants around 10:45 and they were urged to get ready quickly as Sue R had kindly volunteered to warm everyone up.  Obviously, this was slightly new to the team this season and very much in contrast to the usual warm up, which normally involves chatting on the side of the pitch and catching up on the week’s news and gossip! 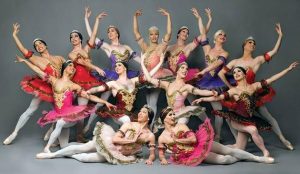 The team stretch and curtsy.

However, Sue R took no messing and had all the players running, side stepping, curtsying, squatting and lunging across the pitch!  After putting the team through their paces, the team did some stretching and had a bit of a knock around, then it was time for the game to commence.

Despite being aware that their opposition were currently bottom of the league, Knowle knew that Redland UWE were not the type of team to be underestimated or complacent about.  In fact they were reminded of this very quickly after the game started, when Redland UWE began their attack right from the first whistle.  However, Knowle’s strong defence (Ally, Sue and Sophie) managed to keep the opposition at bay as the team began to find their feet.

The midfield (Emma, Claire, Hope and Ella) and forwards (Aimee, Grace and Sam) worked hard to play the ball around the opposition and make some attacking runs on goal.  It was following one of these attacking runs that a free hit was awarded just outside of the D.  Reacting quickly, Sue S passed the ball to Claire who crossed it into Sam.  Expertly turning and manoeuvring the ball, Sam tried to get past the defender, whose foot got in the way and a short corner was awarded. 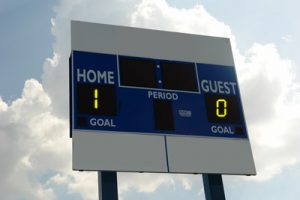 Claire took the corner, pushing out to Sam at the top of the D, who then slipped it to Sue S on her right hand side for the shot on goal.  Sue S hit the ball towards the keeper and Claire was on the post to re-direct it into the goal.  1-0 to Knowle! (Scorer: Claire)

Following the goal, play was fairly evenly matched with attacks at both ends of the pitch.  Having 14 players available, Knowle were constantly subbing on and off giving everyone a chance to play.  Sarah L and Jo W came on after 10 minutes giving additional strength to the midfield and a well-earned rest for Claire and Hope!  Returning from injury, Julia came on for Grace and was solid on the forward line.

Maintaining their composure, it wasn’t long before Knowle won another short corner.  Once again, the corner was taken by Claire who passed it to Sue S at the top of the D.  This time Sue slipped the ball to Sam and then ran to the penalty spot where she received the ball again and took a sweeping shot on goal.

The ball flew past the goal keeper and made a satisfying ‘bang’ on the back board!  2-0 to Knowle. (Scorer: Sue S) 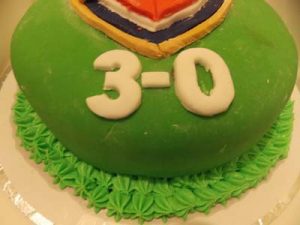 Knowle’s spirits now lifted, they began to raise their game and it wasn’t long before they had their 3rd goal!  Ally, who had made a fantastic run from defence, hit the ball into the D with incredible power and speed.  Stood waiting by the post, Aimee allowed the ball to deflect off of her stick and rise above the goal keepers head and into the goal!  3-0 to Knowle! (Scorer: Aimee)

Knowle’s final goal came close to half time.  Having received the ball in the midfield, Hope looked up to see Sam free in front of her and quickly passed the ball.  Sam then made a run into the D and took a shot from near the outside edge.  The ball, which was travelling at some speed, passed in front of the goal keeper and went into the far corner of the goal.  4-0 to Knowle! (Scorer: Sam) 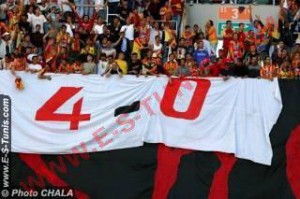 The half time talk was very positive and Knowle were keen to keep a clean score sheet in the second half.  Advice from captain Sue, goalie Rachel and other players/spectators allowed the team to reflect on the game so far and look at ways in which they could improve.  After a quick drink, the umpires blew their whistles and it was time to start again.

The second half saw lots of good play on both sides.  Rachel (goalkeeper) made some great dives in order to maintain a clean sheet for Knowle.  Whilst at the other end of the pitch, Claire was denied a second goal after her sweeping shot hit the far post and the ball deflected off of the pitch.  The game continued with attacks from both sides, finally resulting in another short corner for Knowle.  At this point, the final whistle blew leaving Knowle one last chance to score before the game was over.

Overall, Knowle had a fantastic game and the result reflected the amazing efforts of the whole team.  The umpiring was very good and the players were calm and fair, which resulted in an enjoyable game for all involved. The teas were fantastic too!

Player of the match was won by Aimee – very well deserved.

From the weekend... 📽 The Highwaymen. A pair

Our Knowlies have been sharing the TV, movies, wor

Happy New Year Knowlies!! Hope you all had lovel

He took @rhiannoncottle_xx for a ride yesterday -

On Sunday he was getting down & dirty with @ciderb

After celebrating @sue6360 & Hywel getting hitched

On Friday he was scoffing goodies with @s_russe61,

On Wednesday he was going incognito with Rach, Cou

On the 8th he was monkeying around with @natkent a

He spent Monday down the gym with @soph.ie1, check

After the half-time celeb crush chat at hockey on

On Friday he was hanging out at the Colosseum with

Yesterday he was photobombing @hollyeee.eds, but w

On Wednesday he was scoffing @honeyymr ‘s pizza,

He was hanging out with Fran & Liz yesterday, but

Any travel for sport clarification is still pendin

Outdoor sport is back, but the extent to which Kno