Well this match report can be summed up with a couple of words – TOTALLY AWESOME! That’s it.  Short and sweet. Not unlike your vice captain. Boom! Boom!

So with some trepidation Knowle firsts lined up for a tough match against an unbeaten Hanham who were second in the league. Luckily for us we had Sue R to hand for the warm up.  And we all (yes all 14 of us!) started jogging, lunging, galloping and whatever else around the pitch. I think Sue was particularly pleased to see improvement in our curtseying.  Sophie needed some attention after the pre match warm up.  All down for some glute activation. 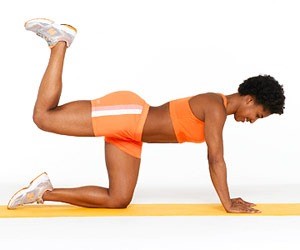 We started with attack in mind. Some beautiful passes between the midfield (Jo, Ella, Emma and Hope) and forwards (Aimee, Sam and Polly) meant that we took control early and kept the ball in their half for the majority of the first 15 minutes. One break saw Polly scrapping with their keeper, her shot at goal blocked by something other than a hockey stick (whoops) but we were awarded a penalty corner, then another and then a long corner but Hanham kept their clean sheet.

Keep the pressure up Knowle, keep talking, keep it in their half. And so we did with so many attacks on goal and great passes to each other. On with the super subs Julia, Christie and Claire, so many opportunities but no goal. Well, what are we going to do to get past their defence. Hmmm 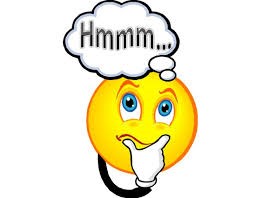 I know, we’ll send Sam on a sprint. Sam powers down the right, past 1, 2, 3, 4 players into the corner of the pitch, smacks the ball into the D, Christie receives and drives the ball past their keeper into the bottom left corner of the goal – Oh yeah! 1-0

Counter attacks from Hanham were dealt with well by our strong back 3 (Sue, Soph and Ally). If it got past them Rach sprang into action screaming MINE, sliding down to take the ball (and maybe a player) out of the D, safe.

THOU SHALL NOT PASS!

Let’s run it down the left. Ally starts, Jo receives the ball then expertly passes 2 players, slaps the ball to Polly who drives into the D and is clearly not content with running in straight lines so begins a pirouette, confuses everyone and ends with a full on scrap with the goalie. We get a penalty corner, thank you very much. With a deft reverse stick pass from the birthday girl (Claire) in to Sam, a shot on goal and the ball hits a foot, another penalty corner. We get a bit of a time to discuss the plan as the Hanham goalie rearranges her head gear. Sam stops the injection, slips the ball to Sue who passes back to Sam on the penalty spot and smacks it into the goal. 2-0

Second half starts with more pressure from us after great half time team talk with the idea to try running play down the right. A rather fantastic pass into space from Ella accompanied by a shout to Emma would have resulted in a fast break into their half, but I didn’t really get there in time.  More sprint training needed.

Great passing play from Hope and Ella, on to Christie to Claire to Sam, shot on goal and the ball hits more feet in the D. Penalty corner. Sue shouts to Ally to get up there. The slip to Ally results in a massive hit which bounces off their keeper into the back of the goal. 3-0

Scoring clearly takes it’s toll, so our super subs give a few of us a well earned rest and Hanham give us the run around with breaks up the right, shots across goal and luckily off the side of the pitch. Great defending girls. Ally goes in for a tackle, takes a ball to the head, play stops. She’s up for carrying on playing but we think she should sit down for a bit.

With Ally off, and a re-jig of positions, we restart. Aimee takes the ball and after another excellent run passes to Sam who slices the ball to Polly. Polly’s strike is saved but Claire is there and she forces the ball over the line. Birthday goal and we go 4-0 up!

Rich (club supporter) said, I’ve been rubbing my eyes because I couldn’t believe how well they are playing. LOVE IT!!!

A big thank you to our loyal supporters, Rich and Chris. One for standing out in all weathers to watch us, and two, for writing down the match details for me!!