After last weeks difficult match, the team was slightly nervous at the start of the match. Quickly it became obvious that players were trying as hard as they could to get a result. ‘Sergeant Major’ Wooten mobilised the troops, and we were soon putting pressure on Keynsham’s goal.
During a surprising break, Keynsham came close to scoring, but we kept our cool and defended well. Even when we had a short corner given against us, we stood our ground and kept them out….. with a bit of help from Rachel ‘whack-em’ Williams, who bravely ran out.
The rest of the half was dominated by our players, who picked the ball off their opponents like they were stood still. Lois danced round the attackers, not giving any clue to the fact this was her first game this season, giving our pace a massive boost. We camped in their end so much I fell asleep in the goal, wishing I hadn’t enjoyed the vine quite so much the previous night! The brick wall of Liz and Fran chatted about how well we were playing……all we needed was that elusive goal!
Suddenly, we were given a short corner, as a Keynsham defender didn’t jump quick enough. Karen pushed the ball into the waiting crowd, who passed it amongst themselves like a hot potato, before Grace whacked it into the goal. The game was on!
The rest of the half continued with Knowle owning the field – Fran even made her way up the field to lend a hand, she was so bored and just couldn’t put up with my snoring any longer. The half time whistle blew, I woke up and all the girls danced their way to the dug-out, for a well-earned break/drink/chat.

The second half started wobbly, and Knowle took a while to settle. Lucy ‘Basher’ Bartlett made some pivotal stops to break up Keynsham’s rhythm, and eventually it went back to business as usual up the other end. Jan and Becky worked hard to stop counter-attacks and get the ball back upfield before the opposition could re-group. Then the midfield passed it up to Lois, who passed it to Sarah, who took aim and shot straight into goal – the speed of the ball was incredible…..I would put money on the fact the goalie didn’t even see it! 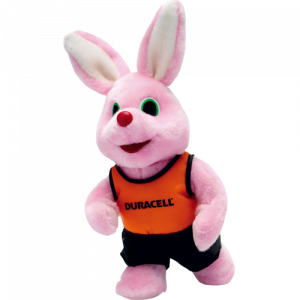 But we still kept on going….we were like a team of Duracell bunnies. Ruth ‘Velcro-Stick’ Townsend raced round midfield, cutting through the Keynsham defence like a hot knife through butter. Then she passed brilliantly to Sarah, who crossed expertly to Eden, who was hovering on the post. Everyone crossed everything……….and Eden scored!!!!!!! The pitch erupted into a party bigger than the Carnival at Rio-even I woke up!

Which was just as well, as Keynsham had a second wind. They were on us like a rash, and again Liz, Fran and Rachel in defence were incredibly solid. Again Fran moved up towards the other end, then took an amble back down again. Again Keynsham appeared dangerous, and we had to defend two more short corners. Finally Keynsham broke us down, and charged again. I could hear Ally in my ear “Come out!” – so I did. Unfortunately the Keynsham player got the angle just right, and it thundered past me and clattered into the goal.

But no more talking about that, as for the final minutes of the match we kept possession and held on for the win.

A 3-1 win, a great match and no visits to A&E-hockey just doesn’t get any better than that!