This week our rescheduled game (after the pitch could have been better described as a lake last November) took us to Clevedon. Certain members of the team forgot some important items, they shall now be known as Toothless Ju and Stickless Aimz.

After a slow start from us, Clevedon took the opportunity to score first. That woke us up! After lots of running with the ball, running at players, losing the ball, then running back again into their D, we were awarded a short corner. Awesome pin-point injection from Claire to Sam, ball slipped right to Ella, back to Sam then smashed into their goal. Equalised – wahoo!!

That lifted our spirits and we continued to attack well. Kept possession and then a wonderful breakaway saw Grace with the ball just past the half-way line. Only 2 defenders and the goalie stood in her way. Grace passed the first defender, took the ball wide as the second defender ran across the D and the goalie stepped out to the penalty spot in a desperate attempt to stop her. Grace “cool as a cucumber” went one on one with the goalie and pushed the ball in to the right hand corner. Brilliant!

Think that went to our heads a bit and the last few minutes were spent in our D defending numerous attempts on goal. 10 seconds until the half-time whistle, the ball eventually trickles past our awesome defence and they equalise. 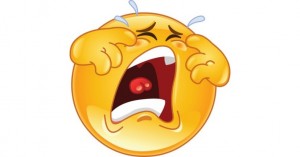 The second half saw us off to a great start. More passing play after a half time team talk. Some interesting moves from Ally to Basil. Apparently catching the ball with your thighs or chesting it down is unfortunately not allowed in the league. Shame, it was pretty awesome!

Stickless Aimz managed to control the ball well down the sidelines even without a stick. Dave Jenkins subbed on and pushed past their defence passing to Sam but the goals eluded us. Many shots saved off the line again and again.

Then a break from Clevedon and one player passed 3 of us and shot on goal. Darn it, we went 3-2 down. Only a few minutes to rectify it but the third goal was not to be.

It’s a shame, as we deserved a draw especially after the valiant effort from our man of the match Sam who played even though she was in serious pain.   Quote of the day “I can’t feel my legs”.