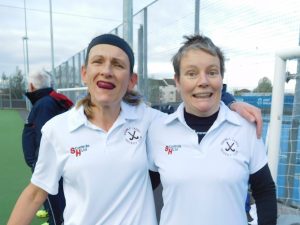 After a brief delay to sort out who was umpiring we got off to a fantastic start with lots of possession in their half. This pressure led to an early goal from Sam who was working her magic all over the pitch. There was some great work from all of the forwards including the partnership between Sam and much deserved man of the match Sarah.

We had to defend hard throughout the match and everyone in midfield got involved to help out, which was brilliant.  We did get a little dragged into following the ball rather than the player at times but a second goal scored by Sarah meant we were in a much safer position.

They had a lot of short corners and quite a few shots on goal but Cat made some fantastic saves and even the post got involved to save two more.  They managed to score one to even things up a bit but we held onto our lead to make it the third win in a row 2-1.

As a just reward for all our hard work the teas were outstanding today including the rather special profiteroles made by Karen. Even the opposition were impressed! So I have attached a couple of action shots
(from the teas, not the match!) 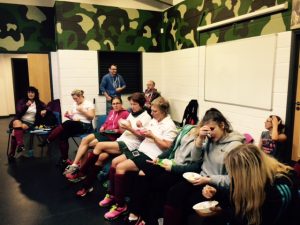 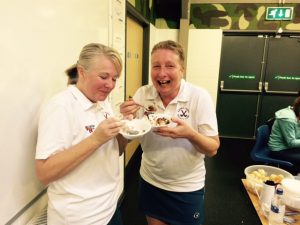 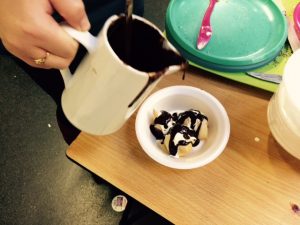